Mum told me not to talk about politics online. News Editor for Victoria University of Wellington's Salient Magazine with a focus on politics, healthcare, and housing. 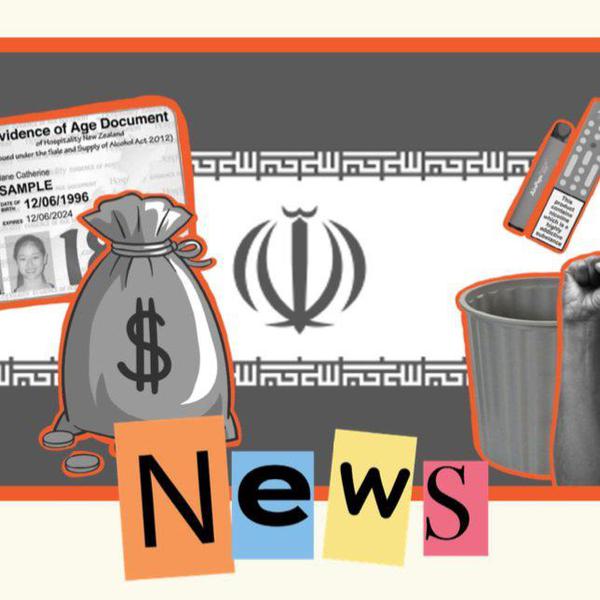 The Environmental Cost of a $10 Disposable Vape — Salient Magazine

The average AirsPops disposable vape costs $10 and can be purchased from pretty much any dairy or petrol station. This convenient nicotine hit has students hooked – a cheap e-cigarette can be “perfect on a night out”, according to one student. But with so many disposable vapes being purchased, are we overlooking a bigger issue? Disposable vapes contain lithium batteries which cause serious environmental damage. 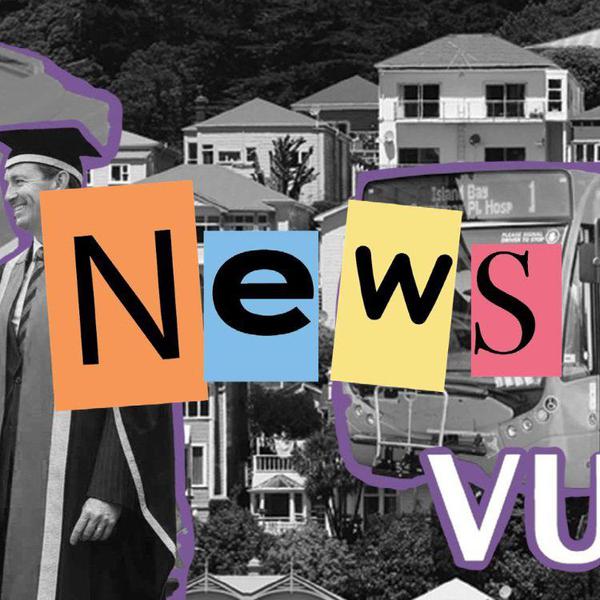 Where were all the VUWSA candidates? They’re running for Uni Council.

The University Council elects a new student representative each year to serve a two-year term. VUWSA, on the other hand, elects a president who serves for the year. This year, seven students have put their hands up to run for Uni Council whilst VUWSA’s presidential position sits unopposed for the second year in a row. Salient chatted with the candidates to understand why students flock to the Uni Council seats but evade VUWSA’s executive roles.

The results are in: Jessica Ye is VUWSA’s President for 2023. Ye mentioned that “engagement” would be the biggest challenge for VUWSA to face in 2023. The numbers don’t lie—VUWSA’s presidential position has been unopposed for two years and events have low turnout, ending with heaps of leftover cold pizza. 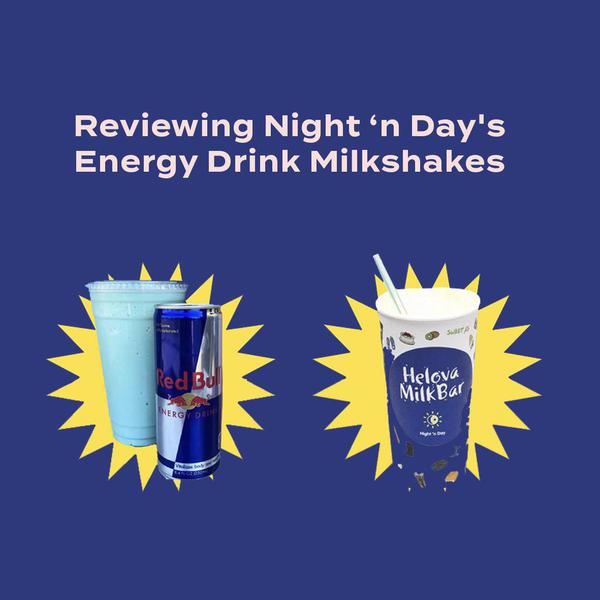 I love energy drinks. A fresh, cold Blue V in the morning gets me ready for my day and nothing tastes as good as a Vodka Red Bull on a night out. A milkshake is another timeless classic. 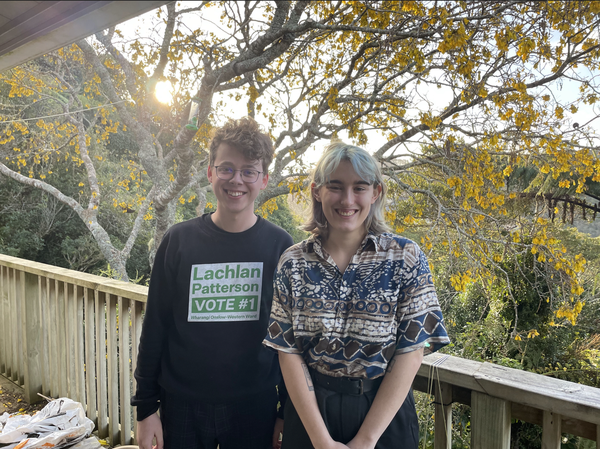 Coffees with the Candidates - Lachlan Patterson

Only 22-years-old, Green Party candidate Lachlan Patterson is running for Wellington City Council in the Wharangi/Onslow-Western Ward. Patterson recently finished a Bachelor of Science in Environmental Studies at Te Herenga Waka. He is running for council because “we're at a real crossroads for the future of this city, when faced with the triple crises of housing, climate and biodiversity.” 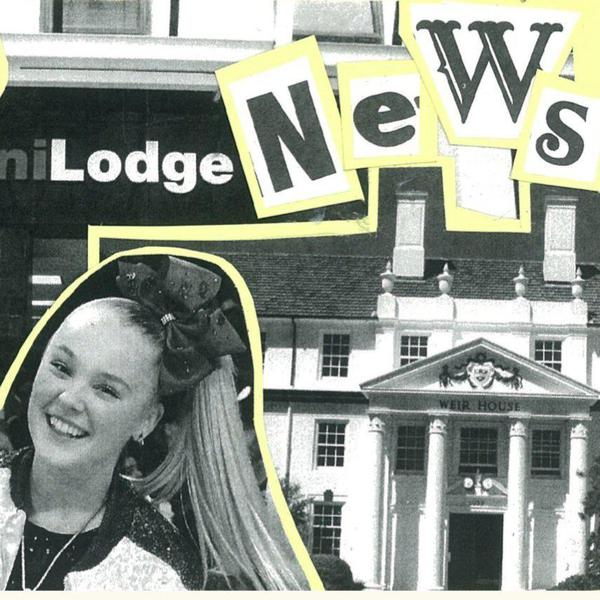 Inflationary Food Prices Take A Bite Out Of Students' Wallets

The rising cost of living has hit campus food vendors. External pressures such as the war in Ukraine and the Covid-19 pandemic have caused supply chain issues, pushing up prices. One student told Salient that the “Kelburn tax” had impacted their ability to buy food on campus, as “prices keep going up”. 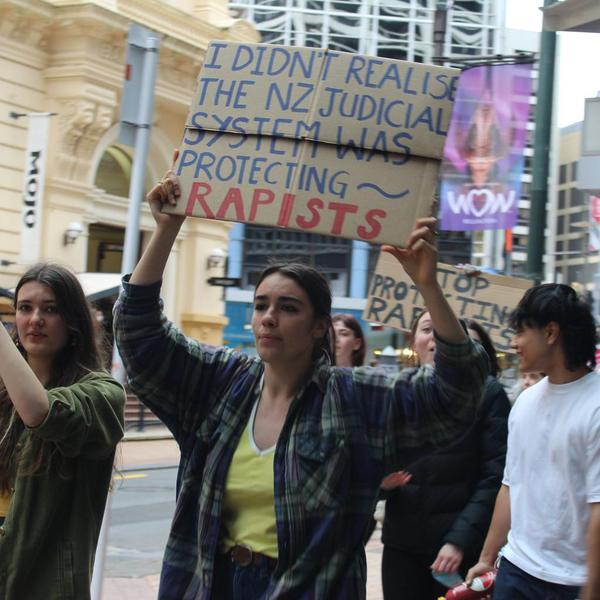 Around 200 Wellingtonians, mostly young students, marched from Civic Square to Parliament on Saturday 10 September in outrage over rapist Jayden Meyer’s sentencing of nine months home detention. Meyer was convicted of raping four girls who were all under the legal age of consent. 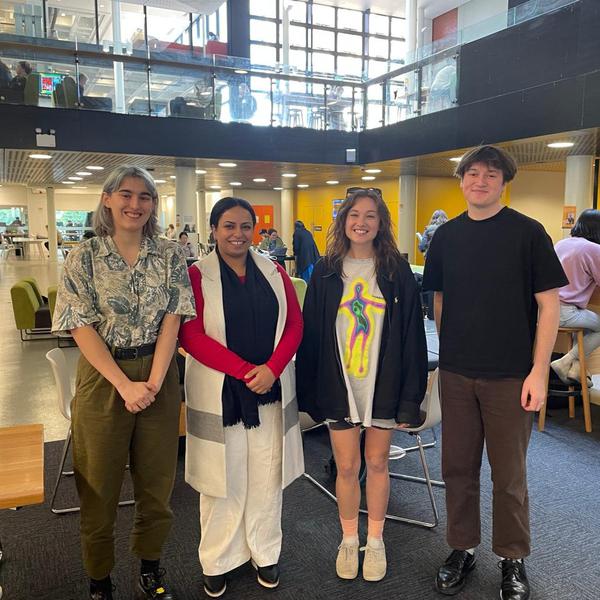 As well as being a full-time public servant, Labour candidate Afnan Al-Rubayee is a mum and student campaigning for Pukehīnau/Lambton Ward. 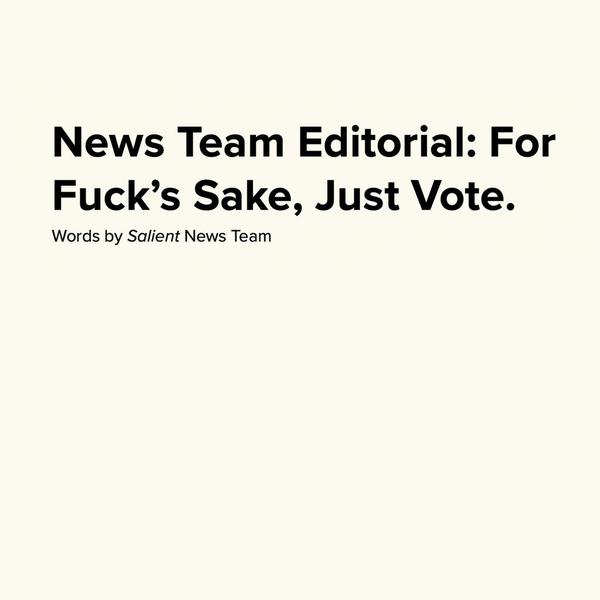 Local body elections are looming! We're here to convince you to not bin those voting papers when they turn up in the mail between 16-24 September. Local government is important. 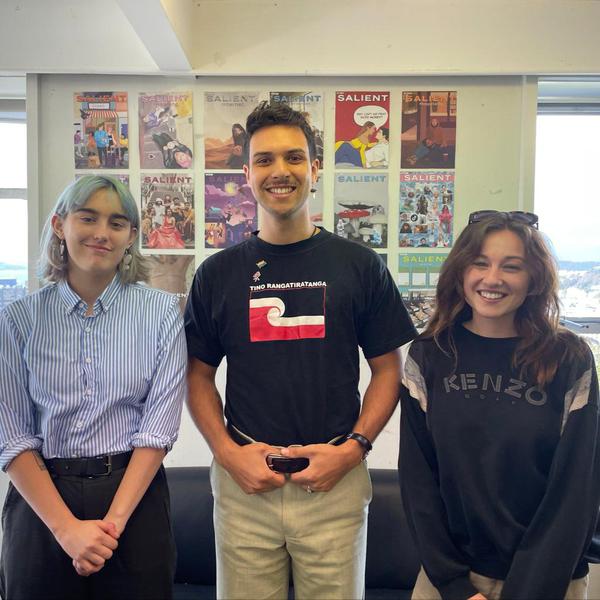 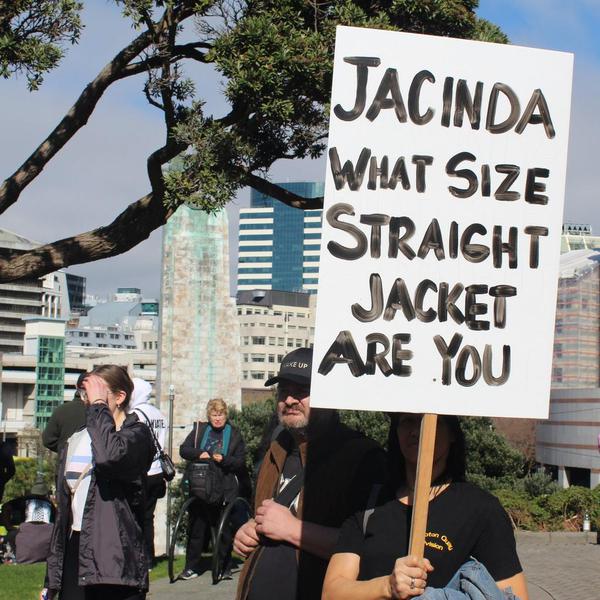 A tale of two protests: Tuesday 23 August saw Brian Tamaki’s Freedom and Rights Coalition march to Parliament to put political leaders on “trial” for “crimes against humanity”, most notably for vaccination mandates which protestors claimed had caused harm to New Zealanders. These protesters were met with over 300 counter-protesters blasting Lily Allen’s ‘Fuck You’, amidst other pro-LGBTQIA+ songs and pride flags. Counter-protestors supported mask-wearing and the efficacy of vaccination and science, and stood against Tamaki’s anti-queer stance. 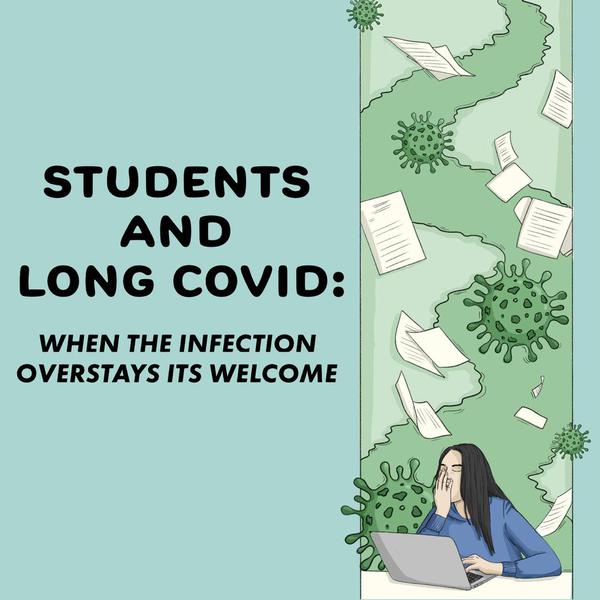 Students and Long Covid: When the Infection Overstays its Welcome

Kate Plummer’s experience with the illness made her drop out of university entirely. She was first infected with Covid-19 in February, with symptoms still impacting her life half a year later. 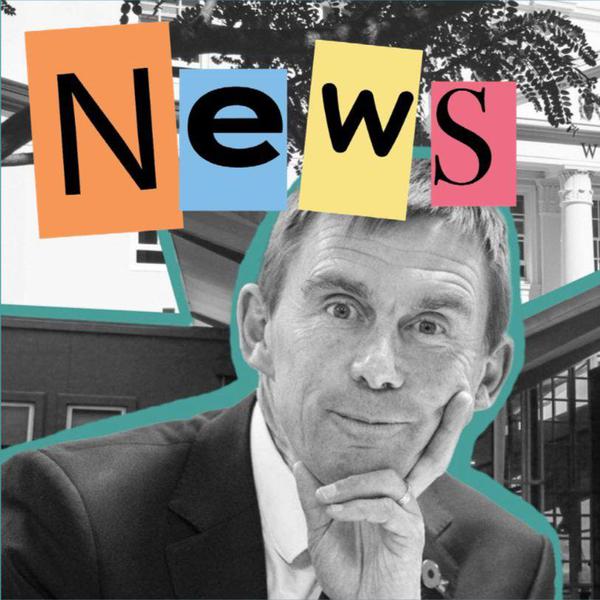 The Government recently announced the HIV Action Plan, which is currently in consultation, with ambitious targets towards becoming the first country with zero HIV transmission by 2032. Despite a $18 million spending budget, Dr Clive Aspin, Māori Associate Dean for VUW’s Faculty of Health, says the draft plan misses the mark. 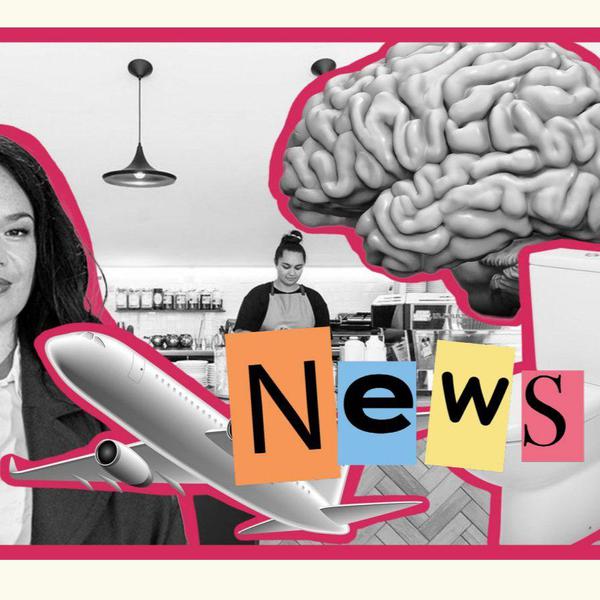 VUW Loo Reviews Then and Now

Reviewing toilets is not a new concept to Te Herenga Waka—Victoria University of Wellington. 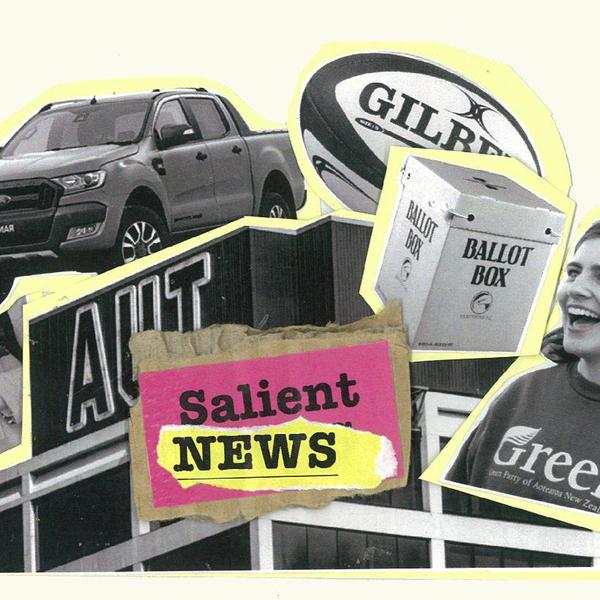 AUT Health Science students were informed of their acceptance to courses within one week of the start of the semester. The University apologised, agreeing that there was a shortage of healthcare workers. 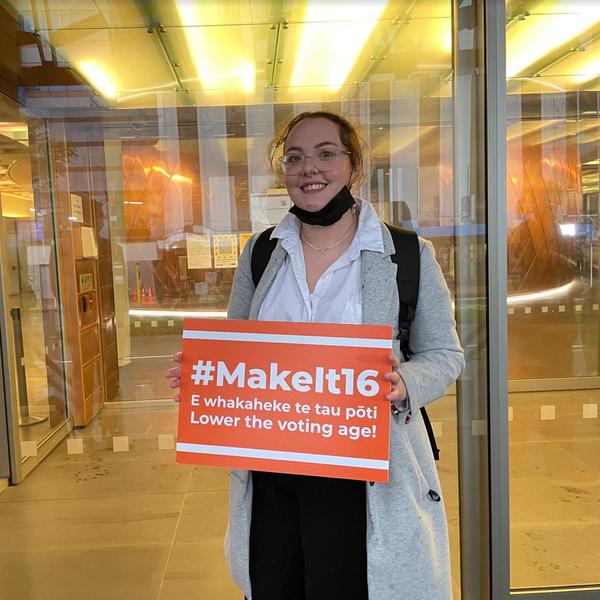 The Make it 16 campaign to lower the voting age has reached the Supreme Court. The policy has been supported by more than half of all Youth MPs, including Cate Tipler, co-director of the movement. 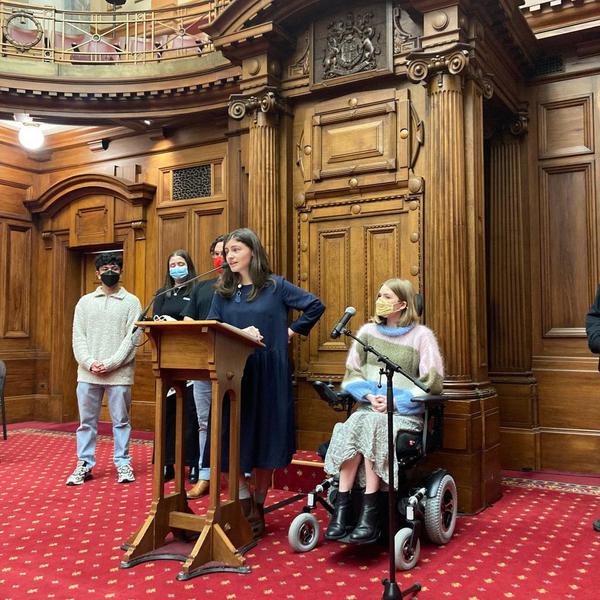 Results of the People’s Inquiry into Student Wellbeing were released on Monday 18 July showing severe student poverty and shattered political promises. The inquiry was led by the Green Party, the New Zealand Union of Students’ Associations (NZUSA), Te Mana Ākonga, Tauira Pasifika, and the National Disabled Students’ Association, with 28 other students’ association signatories from across Aotearoa. 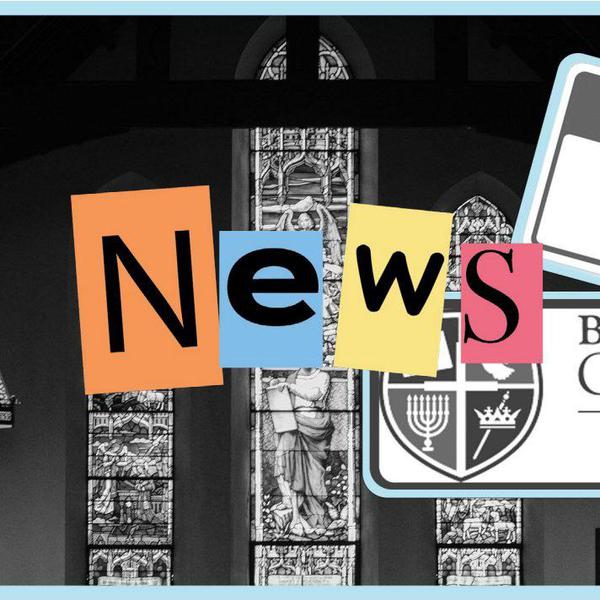 By requiring all staff members, including those who are also students, to disclose personal and intimate relations with students, some LGBTQ+ people who do not want to come out are essentially forced to disclose their queer relationships to their employer. 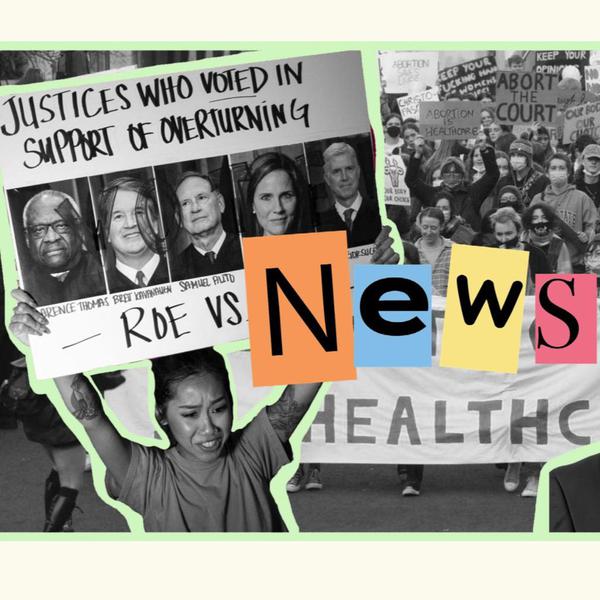 With Roe v Wade being overturned by the United States Supreme Court, the right to an abortion in the US is no longer federally protected. This prompted concerns from Aotearoa that the same rights could be at risk in our backyard. Thousands took to the streets of Wellington, marching from Civic Square to the American Embassy, to protest the court decision.
Load More Articles
Close ✕